Showing posts from January, 2019
Show all

Adjusting My Platform Direction a Bit 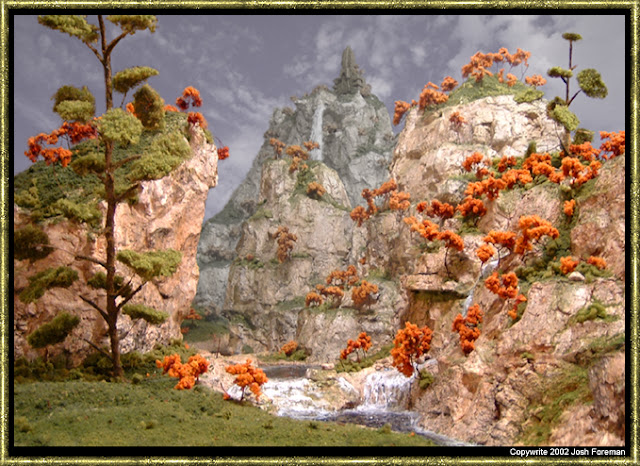 I’ve had a slowly emerging epiphany concerning the direction I want to take my platform. It came into sharp focus yesterday. One of the pieces was the process of building a backdrop (dungeon) so I can take better pictures of my Colossus, and then I had the idea of making it multi-purpose so I could use it as a booth for conventions as well. That got me seriously researching foam carving techniques for rocks and ruins. Previously I’d always used heave super strong material like apoxie sculpt for that sort of thing. But researching that lead me to more info on dioramas. Now… I’ve always LOVED dioramas. I’ve started and failed to finish several of them throughout my life. (The pictures here are all very old and I'd like to think future projects would be much better.) But haven’t tried again seriously until recently. Thanks to the internet and YouTube there’s an endless well of free, high quality education on the artform. That’s where part two of my epiphany came from. I came acros…
Post a Comment
Read more 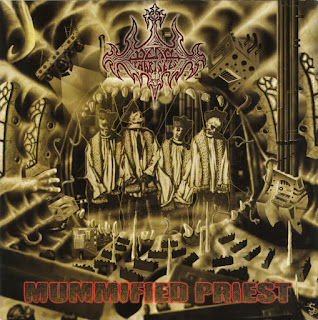 I finally got around to uploading an album from a band I started when I was 18.  (Or maybe a tad
earlier) Since I was 13 and discovered heavy metal I had fantasized about being in a metal band.
And since I was thoroughly embedded in a Christian Evangelical subculture where metal bands
were allowed to thrive (as long as they were actively promoting themselves as evangelistic tools
for ‘ministry’) there was a powerful synergy between my fiery faith and my testosterone induced
love of metal.  I was hugely influenced by “Christian bands” from the early 90’s such as
Vengeance Rising, Deliverance, Mortification, Tourniquet and others. The harder, faster and
growlier, the better.

I was living in a small town of a couple thousand called North Pole in Alaska. So the prospects of
finding enough like-minded individuals to start a Christian metal band seemed slim at best.  I had
one friend who was a year older than I, and we started taking guitar lessons together, but it turned
out that was hard…
6 comments
Read more
More posts